Grazie a tutti i nostri ospiti!
Thanks to all our guests!

Here all information how to get Expo 2015 from our structure.

EXPO MILANO 2015 WORLD’S FAIR Expo Milano 2015 will be the first Exposition in history to be remembered not only for its products but also for its contributi...

Expo Milano 2015 is a non-commercial Universal Exposition with some very unique and innovative features. Not only is it an exhibition but also a process, one...

Noi ci siamo! We are there!

HOMI: from 17th to 20th January
Rooms available. For more info contact us to [email protected]

Friends, we still have available a double room with private bathroom for L'ARTIGIANATO IN FIERA - from 29th November to 8th December. For more info contact us at [email protected] International Motorcycle Exhibition
EICMA is the longest-running and most important motorcycle event in the world. It has been taking place in Milan since 1914 and represents a successful “Made in Italy” benchmark model at the global level. This year it is celebrating its centennial, consolidating its commitment both to the industry and to the general public that always exceeds the ceiling of 500,000 visitors. It is the direct expression of Confindustria ANCMA, the Italian Association for the Bicycle, Motorcycle and Accessories Industry. It focuses on making the most of the industrial heritage that has gained significant results in the entrepreneurial, technological, creative, sporting area and that has always stood out as a leading light in Italy’s historical and social evolution. In Italy, about 14 million people ride bikes and motorbikes. More than 50% of European production is based in Italy and it is the biggest market in the continent.

BI-MU as one of the most qualified international events dedicated to the Italian machine tools, robot, automation systems and ancillary products industry 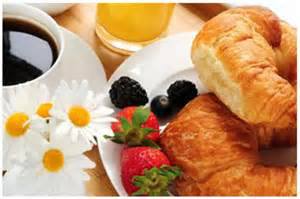